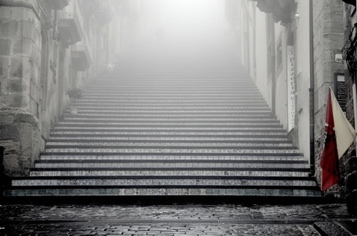 I received a question over email asking about how Knockout’s dependency detection actually works and thought that I would share an answer in this post. I know that I feel a bit uncomfortable whenever a library that I am using does something that I don’t fully understand, so I hope that I can help ensure that this part of Knockout is not misunderstood or considered “magic”.

A few questions to answer:

Determining dependencies for a computed

TLDR: Knockout has a middle-man object that is signalled on all reads to computed/observables and tells the current computed being evaluated that it might want to hook up a subscription to this dependency.

Here is a jsFiddle version of this code: http://jsfiddle.net/rniemeyer/F9CrA/. Note that ko.dependencyDetection is only exposed in the debug build. In the release build it is renamed as part of the minification process.

So, Knockout doesn’t need to parse the function as a string to determine dependencies or do any “tricks” to make this happen. The key is that all reads to observable/computeds go through logic that is able to signal the dependency tracker who can let the computed know to subscribe to the observable/computed.

How can dependencies change when a computed is re-evaluated?

Each time that a computed is evaluated, Knockout determines the dependencies again. For any new dependencies, a subscription is added. For any dependencies that are no longer necessary, the subscriptions are disposed. Generally, this is efficient and beneficial as long as you are only branching in computed code based either data that is observable or doesn’t change. For example:

What about bindings? How do they track dependencies?

Bindings in Knockout actually use computeds as a tool to facilitate their own dependency tracking. Each binding is evaluated within a computed observable for this purpose. Observables/computeds accessed in the update function of a binding become dependencies. Observables that are accessed within a binding string (like items in data-bind="if: items().length") are read when the valueAccessor() function is called (or via allBindingsAccessor - allBindingsAccessor.get("if") in this case). I think that it is useful to think of a binding’s update function just like a normal computed observable where access to any dependencies will trigger the binding to run again.

Note: Prior to KO 3.0, all bindings on a single element were wrapped inside of a single computed. The parsing and evaluation of the binding string was also included in this computed. So, calling valueAccessor() would give the result of the expression rather than actually run the code. Dependency detection worked the same way, all bindings on an element were triggered together and it was not possible to isolate dependencies made in the binding string. See this post for more details.

Something new in KO 3.2 - ko.pureComputed

There is an interesting feature coming in KO 3.2 related to computed dependency tracking. Michael Best implemented an option that allows a computed to not maintain any dependencies when it has no subscribers to it. This is not appropriate for all cases, but in situations where the computed returns a calculated value with no side-effects, if there is nothing depending on that calculated value, then the computed can go to “sleep” and not maintain subscriptions or be re-evaluated when any of the dependencies change. This will be useful for efficiency as well as potentially preventing memory leaks for a computed that was not disposed, but could be garbage collected if it was not subscribed to something observable that still exists. The option is called pure and a ko.pureComputed is provided as a shortcut.